We present an interview with Marina Kaljurand, MEP from Estonia. Pulia Tetiana and Halyna Krasovska, our coordinators, who are interns within the S&D Group in the European Parliament, spoke with her.

Marina Kaljurand has served as the minister of foreign affairs of Estonia, and the ambassador of Estonia to Russia, Kazakhstan, and the USA, so she has a lot of experience in diplomatic work. The politician is also very active in the European Parliament, supports Ukraine, and participates in the Contact Group for Ukraine. In this interview, we touched upon the issue of the attitude to Ukraine in the EU, changing trends in perception of the war in Ukraine.
How would you describe the shift of the EU's perception of Ukraine's future European perspective after the war began? How is it changing right now due to war fatigue? It is natural that the attention to Ukraine is decreasing as the war goes on? And what can we expect in the future in this regard?

I think that you have described it really well. The war was a shock – not only for Ukraine but also for the EU. Member states came together and acted in a very coordinated and efficient way, speaking in one voice. So I was really proud of the EU in late February – early March, when the first packages of sanctions were introduced and everything went really smoothly.

That said, I agree with you that now the situation is changing. The EU is getting tired of the war. And the politicians are of course following what their people are saying. If you follow the polls in some of the EU member states, which are not from Eastern Europe, you'll see that there is a fatigue, that people are much more worried about the growing energy and food prices. They kind of have agreed that there is a war and that people are dying every day. I am not happy about that, and I do not agree with that. But unfortunately that is the reality. This means that those member states that understand the situation just have to keep pushing for the war to remain on the agenda, asking for military and financial aid, support for refugees and so on until Ukraine wins the war.

What I am afraid of at the moment is that today is a happy day. Ukraine will receive the candidate status. I am afraid that it will be followed by the feeling "they got strong political support, let them now fight and let's come to the real membership later." And that shouldn't happen. The candidate status is a very strong political signal, which should have been given to Ukraine when you applied for that in March. But better late, than never. It is good that it was given now. The process has to continue, though. While negotiating during the war may be impossible, assistance should continue, be it military, financial or political. Europe should not adopt the approach "we gave them the candidate status, we have done our part and now let's see what will happen."

The second thing that really worries me is the language on saving Putin's face. I hear the talk of peace at any cost increasingly often. The EU is not the one to tell you how you should attain the peace. The decision should come from Ukraine. And Ukraine should say what kind of peace and on which conditions you want. Saving Putin's face is not relevant here. He is a criminal. Everybody who made the decision and participated in the aggression is a criminal. They have to be brought to justice. For me he equals Hitler. And we just can't discuss the future of Ukraine and Europe with him. We can discuss some things with Putin, like exchange of prisoners of war, the supply of wheat and grain from Ukraine and perhaps ceasefire. Yes, there are some things that should be negotiated with him, because he is in power. But the long-lasting peace, Ukraine's and Europe's future, the future of the European Security policy can't be discussed with a criminal. 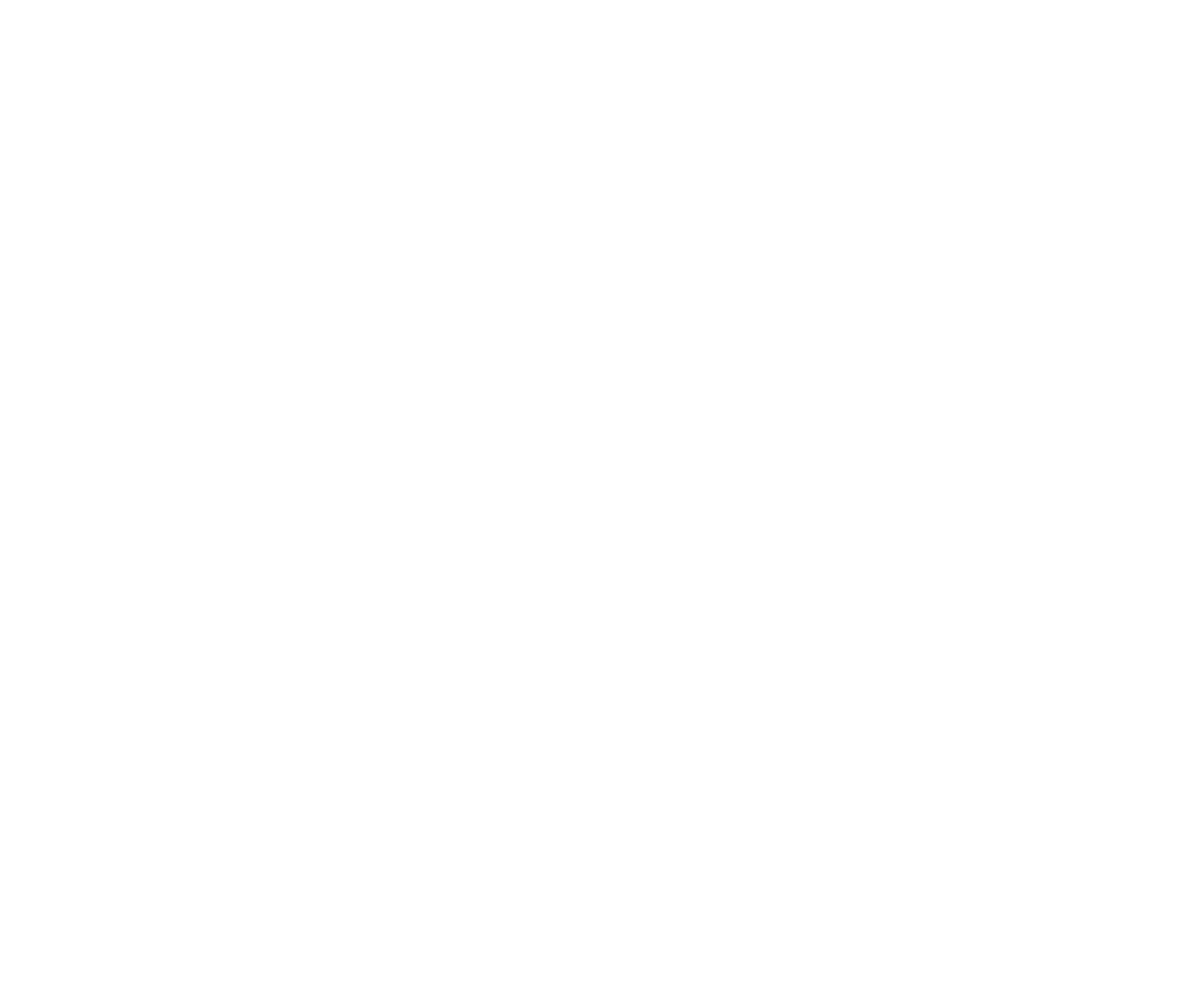 Given your experience as Minister for Foreign Affairs and in the diplomatic service, what are your pieces of advice for Ukraine in terms of what should we expect during this long-term process of moving towards EU membership. How was it in your country concerning cooperation with civil society? How to explain to the population that there will be no shortcuts?
Here we have to be very clear: there is no quick way to membership. The candidate status is a sign of a strong political support. And you would not have received the candidate status without the war. Your people have died for the candidate status. But now the reforms have to continue, as well as the integration processes. You know the list. Very hard work is ahead. I think you just have to prepare your people. You probably remember the visa-free regime It also took time, because there are requirements to be fulfilled. In the end, the decision on membership will be a political decision, but to get to that political decision, you have to do your homework.

My country regained independence in 1991. We started reforms on the first day and became an EU member in 2004. Our official negotiations lasted for 5 years. But from 1991 to 1999, when we were invited to negotiate, we were doing our homework, conducting reforms and waiting for the window of opportunities. My advice is the same: you have to continue with the reforms, the judicial reform, the rule of law, deoligarchization and anti-corruption reforms.

These are the problems Ukraine is facing, and the war did not make them go away. The war has given your political leadership a huge political benefit of the doubt and public support, so I hope that your leadership will not waste it and will take advantage of that to continue with the reforms. As long as you are conducting them, the EU will be here to stay with you, it will support you financially, with expertise, politically, in all the ways, but you have to do your part.

A parallel with Georgia can be drawn. Georgia was a front-runner 5 years ago. Everyone was talking about Georgia, but today Georgia even didn't get the candidate status without conditions. Things may change in just a couple of years, so you need to be determined and committed. Words and laws are not enough – they have to be followed by real implementation. All the political parties from all the member states keep a close eye on your reforms. You will not get the easy way, and it is fair. Because if a 40-million Ukraine really wants to be integrated into the EU's single market, into our agricultural policy, into all the other policies, you have to be ready for that and get prepared.


How to avoid this frustration with the war fatigue for us as a civil society? How to prove to others that it is not only a war against Ukraine but a war against the whole West?
I believe that you as Ukrainians have to be outspoken, you have to talk to people. And not only to people like me, who share your stance. Rather, you have to talk to those who are difficult to convince. These are certain countries, which I am not going to name – you know them pretty well. These are countries that are hesitant to give Ukraine the candidate status, financial and military support. You just have to keep talking to them, invite their delegations to Ukraine and bring them to the places most affected by the war.

When I went to Ukraine with the European Parliament delegation, we had participants from all political parties, with the exception of ID and the Left, but all the other political parties were there. We went to Kyiv, where we met our counterpart, but we also went to Bucha and Irpin. And you have to take people there too so that they see firsthand what is happening on the ground and talk to the survivors.

I think that talking to the people in Irpin and Bucha can change those who are hesitant because they can see for themselves that it is a real hell, that women are dying and being raped, that kids are being killed, more than 300 kids. It is one thing if you read, it is one thing if you see it on TV, and it is another thing if you talk to a mother or a teacher. So, take as many delegations as you can to the most affected places, not only Kyiv. Irpin had 100,000 inhabitants. Right now the majority of the city is to be rebuilt from scratch. Mines are found in houses, refrigerators, even in toys. You just have to show people what is happening there. I think that if my hesitant colleagues go there and see it, it may change their thinking.

And here you have people who have been elected by the citizens as their representatives. And if they come back home and tell their citizens what they saw, it will also have an impact on their people. Not only TV, not only interviews, but taking them there would help.

Every month, I do broadcast discussions for Estonians. I do them in the Estonian language. Since February, I have devoted them to Ukraine. A week ago, I decided to do that in the Russian language to address the Russian speaking population in Estonia. And when I put it up that I am going to have it on my Facebook, 250 comments appeared immediately, and I had to delete 210. That had never happened before. There was so much hatred. Russians living in Estonia, Ukrainians living there. They were saying things. They did not hate me – they hated each other. Far-right parties were telling that Ukrainians are coming to take their jobs and their social benefits. Sometimes I feel that even Estonians who were sympathetic do not understand that the refugees will not leave in November. They will live in Estonia for 3–4 years or more, before there is a place for them to come back. And the kids will go to schools. To some extent, I understand Estonian mothers, who tell me that in the kindergarten Ukrainian kids are telling their 4–5 year-old children about the war, how bad Russians are, how people are being killed, and 4–5 years old Estonian kids don't understand. Then their mothers become crazy because of what those Ukrainian kids share with our kids. I understand that. But here we need teachers, we need psychologists, so that it will not be a problem between Ukrainians and Estonians. One wrong word, one wrong sentence and it can explode. It will be a very difficult autumn. Of course, it is nothing compared to war, but it will be difficult to explain even in our friendly country what it really means.

During that latest conversation, we talked about the fact that the police officers, doctors and social workers in Ukraine are tired. They need some rest; they need psychological support. We had a discussion on that topic. Afterwards, I did not receive so many bad comments, but what had happened before was insane. So, I will continue with the discussion in the Russian language.
07.09.2022
Did you like this article?

0
Interview with Marina Kaljurand, MEP from Estonia
SD Platform
The consequences of the war in Ukraine and the prospects for its end
Zoom with our Partners
The price of the closed sky
Kateryna Davydkova
The Ghost of War. Why Putin Needs Escalation in the East of Ukraine?
Bohdan Ferens
Scenarios for Belarus
Bohdan Ferens
Zelenskyy's and Poroshenko's Russia Strategies: Novelty or Continuity?
Silvester Nosenko
© SD Platform 2012 – 2022